Ever since I can remember, I loved the three R’s: Reading, wRiting, and aRithmetic.

(Today the three R’s are: Reduce, Re-Use and Recycle.  My, how times have changed.)

I have recently started to blog, just to see if I could. I think it may help me cope with my personal situation.

I have written many poems, a few short stories, a bunch of other stuff, and a book. I love to write, and to create. It gives me pleasure, and helps to pass the time.

I also love to read. I have developed a preference for novels about detectives who solve crimes, and can generally be found reading a mystery by Lisa Gardner, Lisa Jackson, or James Patterson. These three writers are awesome! I also like the books written by (and under the name) V.C. Andrews. I have read nearly all of them.

I have always loved reading. My mom told me that when I was about one year old, I would lie on the couch with my bottle of milk in one hand, the TV Guide in the other. When I was two or three, I read the backs of shampoo bottles, cereal boxes, and anything else I could find that contained words or letters. To this day, I do not know the where my love for words originated.

I think my fascination with letters begot my fascination with numbers, as I like math (and I am not ashamed to admit it).  I used to watch children’s programs on television (we did not have computers and tablets and iPads and iPhones back in my day), and I know they helped shape my inquisitive mind. 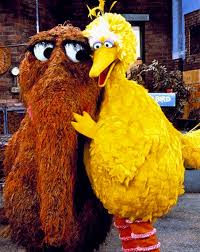 “Read-a-long” and “Sesame Street” were two of my favourite shows.  I also liked “Romper Room”, with Busy Bee, and “Mr. Dress-up”, with Casey and Finnegan. I was especially fond of “Captain Kangaroo” and “The Friendly Giant”, who used to rearrange miniature furniture around a fireplace at the end of each show. 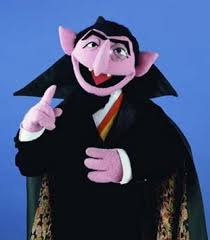 “Sesame Street” episodes were usually centered around two different letters and one or two specific numbers. “The Count”, with his pointy nose, black cape, and monocle, would count everything, and lightning would strike, and he would laugh his evil laugh! Grover, Ernie, Bert, Cookie Monster, Oscar the Grouch, Big Bird or Snuffleupagus (or some other character) would close the show by saying, “this episode has been brought to you by the letters ___ and ___ and the number ___”. (Some of you will remember this, I am sure.)

Reading, writing, and arithmetic were the three R’s that were taught to children of all ages many moons ago.  They were the three R’s that I learned, introduced to me first through television, via “Sesame Street”.  This show truly made (and still makes) learning fun, and uses a lot of repetition.  Repetition enables learners to store information in their brains in their long-term memory.  I am living proof.

That is why, whenever you are learning something for the first time, you need a lot of repetition.   Children AND adults alike can benefit for a long time using this method.  Yes, your kids will drive you crazy when they are repeating something over and over again, and you may get annoyed with them, but think about what is really happening.  They are learning!

It will eventually “stick” in your memory.

Repetition is key.  Just don’t learn the words to “This is a Song That Never Ends“.  You will go crazy. (How many of you already know the words? Raise your hands! Are you still sane?)

Ok, question time: Wasn’t it nice to recall a memory from your childhood as you read this post today? (I know some of this content triggered something…) Did you enjoy the pictures? (This is my first post with pictures in it.) Did you like anything about your reading experience today?

Please take a moment out of your busy schedule to stop for a moment to leave me a comment, share a memory, or tell me something…. I appreciate it!

(If you haven’t yet noticed, I reply to all comments.)